On a windy hilltop overlooking the Missouri River, the Verendrye National Monument marks the spot, where in 1743 the brothers Chevalier and Louis la Verendrye buried a lead plate.

Telling the local inhabitants they were commemorating harmony with the native peoples, they were in fact claiming the area for France. The plate was discovered by high school students in 1913, and is now on display at the South Dakota Cultural Heritage Center across the Missouri River in Pierre. The Verendrye Plate is considered one of the most significant historical finds in the northwestern United States. 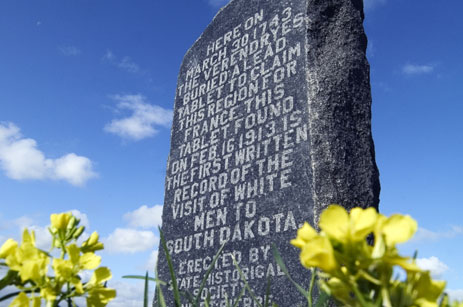