Both alternatives will account for future zebra mussel control via chemical feed system and brass intake screen. Both alternatives also include a water treatment building and process. The project includes a treated water main line to connect the new intake/treatment facility to the City’s existing water distribution system and storage tanks.

Both project alternatives place the new treatment facility in an area in the center of Fort Pierre near the Missouri River on City owned property just south of the Railroad Bridge.  Both alternatives sited the new intake in the proposed location because it allows for dependable inflow into the Fort Pierre system from the Missouri River at a deep point in the channel.

Potential funding for the project costs includes a loan through the State Revolving Loan Fund (SRF) and grant funds.  The City of Fort Pierre also anticipates utilizing ARPA (SLRF) funds towards this project to reduce the amount of the loan. The Loan for this project will be paid by a monthly surcharge passed on to our estimated 1250 system users. 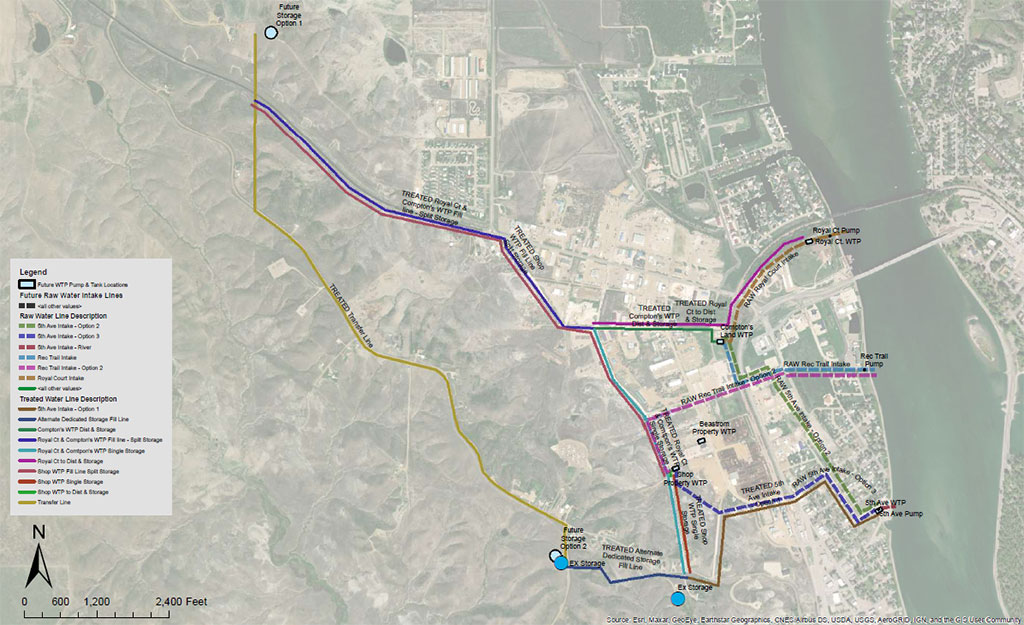