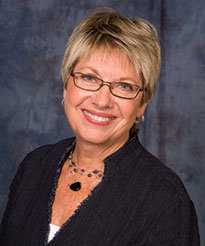 Application for Appointment to a City Board

Fort Pierre is my hometown, and I take a great deal of pride in serving as its mayor and welcoming you to our historic little city.

Fort Pierre is the oldest continuous white settlement in South Dakota, dating back to 1817. Prior to that, the Verendrye brothers claimed the area for France in 1743 by burying a lead plate which was discovered by school children in 1914. Lewis and Clark had a rather tense encounter with the Teton Sioux at the mouth of the Bad River in 1804. Fort Pierre Choteau (a trading post, not a military fort) was established in 1832 and became a base for western supply routes for the geographic area.

Today, Fort Pierre is one of the few small cities in the area that is growing and thriving. World-class fishing, hunting and water recreational activities attract visitors and residents alike. Our western heritage is reflected in the finest rodeo facility within 200 miles, a rodeo museum, and two of the largest buffalo herds in the world within driving distance.

We invite you to investigate the variety of attractions and exciting events Fort Pierre has to offer. Then come visit and enjoy our hospitality.