History You Can Touch!

Fort Pierre is the oldest continuously occupied white settlement in South Dakota. From the French Verendrye explorers to Scotty Philip, the man who “single-handedly saved the American buffalo,” you’ll find it right here, in Fort Pierre. It is interesting to note that Fort Pierre is also home to three other major attractions central to the Lewis & Clark story. Taken together, these four sites comprise a chronological representation of relations between the races, from first contact through today and into the future. 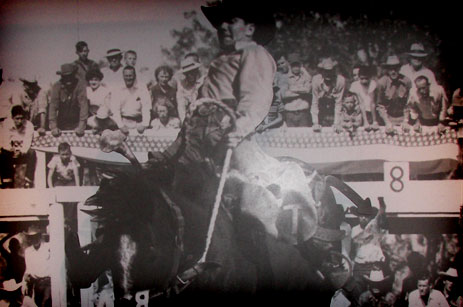 Mouth of the Bad River, where in 1804 President Jefferson’s Corps of Discovery met, counseled, feasted, and exchanged barely restrained hostilities with the “Teton” Lakota;

As you look out from the bluffs overlooking the Missouri River, you can almost imagine what French explorers must have thought about their discovery of this new land. The rugged terrain, a mighty winding river, the raw beauty of an endless land. And lying at your feet is the city of Fort Pierre.

Its central location on a major river was a powerful attraction to early explorers, settlers and traders. Profitable fur trading was established in the late 1700’s and by 1830 Fort Pierre was a bustling trade center and steamboat stop. In 1855 the first military fort in the northwest was established and by the time of the Black Hills Gold Rush, Fort Pierre was the major transportation and distribution hub in the territory.

“. . . a strange mixture of Americans, English, Irish, Swedes, Norwegians, Russians, Poles, French, Canadians, half-breeds, Indians, and what not. . . . Protestants, Catholics, Spiritualists, Moralists, Liberals, Freelovers, Ingersolites, Nothing-arins, and how many others I do not know . . . .Nearly all the people were in hot and eager pursuit after the almighty dollar! Freighters and cowboys and adventurers from nearly all over the world were duly represented, and there was one continued white heat of excitement week days, Sabbath days, and all. The night before I got there two young men, stimulated by whiskey, drew their pistols on each other in a miserable dance house, and one of them fell dead at the feet of his assailant, and in a few hours was buried on the hillside just back of thetown, without hardly more ceremony than if it had been the burial of a dog! It was indeed first-class missionary ground without any mistake.”